Every once in a while I travel abroad. Sometimes for business and sometimes for vacation but always with lots of electronic devices that want to be recharged quite often. Most of the time I travel from Germany to the US and of course the German plugs do not fit the US outlets. But sometimes I travel somewhere else and of course this requires new adapter plugs. So my collection of adapter plugs kept growing for quite a while but not it will not grow any more. I finally found a really good solution. Read on to learn how I arrived at it.

My first adapter plugs where of the dirt cheap two pronged kind. They did the job but they were unsatisfactory for two main reasons:

Thus my next adapter was a Segula Kross travel adapter. 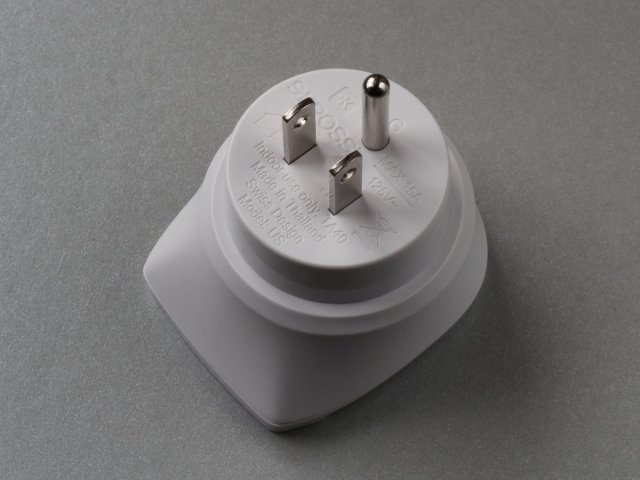 The Segula Kross is definitely the best of the standard travel adapters I ever had. Still it has some issues. Although the third prong stabilizes it a lot it still has its limits. Especially if I want to charge 4 cells with a wall wart the whole setup gets very instable. 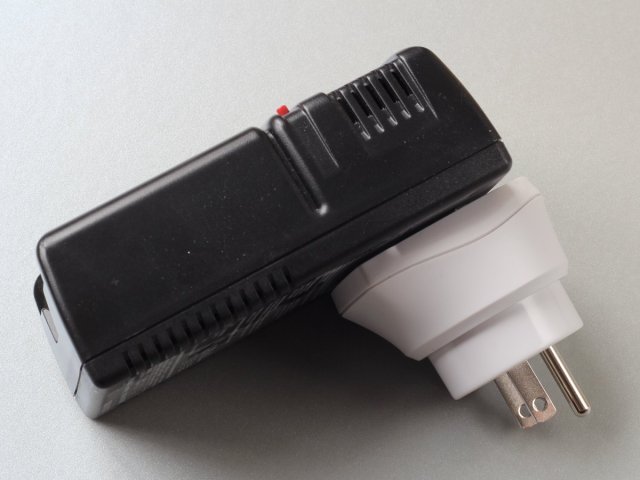 My next improvement was to cut a US extension cord in two and connect it to a German outlet. 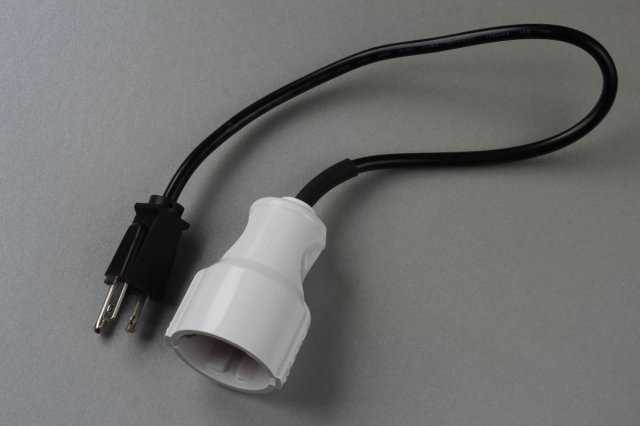 This was a huge improvement. Of course it adds a little more weight, but I do not need to mind the weight of any devices any more. The only issue that kept nagging me is that this is a US only solution. Also sometimes I would like to have more outlets. While pondering this I found that it would be nice if there would be some universal plug system that is available world wide. Well, if I can think of it then somebody else might have already established it. So I started thinking about world wide standardized plugs. Which products ship world wide and have plugable power cords? Bingo – computers!!! What kind of plug do they have? It is standardized IEC 603020 C13/C14 also known (in Germnay) as “Kaltgerätestecker”. Also it turns out that in Germany IEC 603020 cords with US plugs are dirt cheap. So this is the way to go.

Have a look at a IEC 603020-1 Adapter I bought from Amazon. It is cheap and very rugged. I definitely like it. Although I also bought some US IEC 603020 cord with it I am sure that I can get a local cord no matter where I travel. Success 🙂 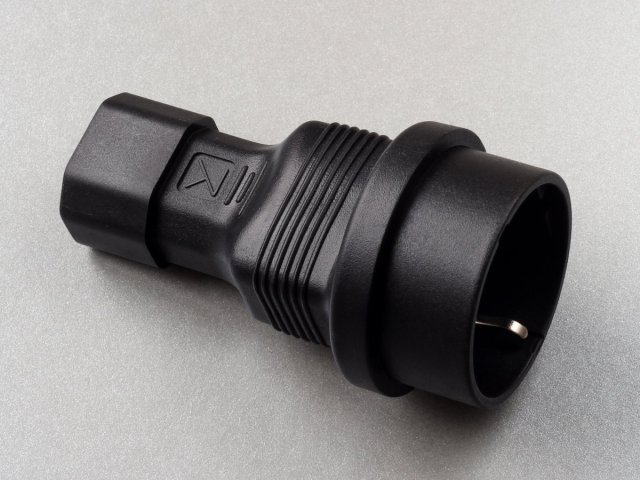 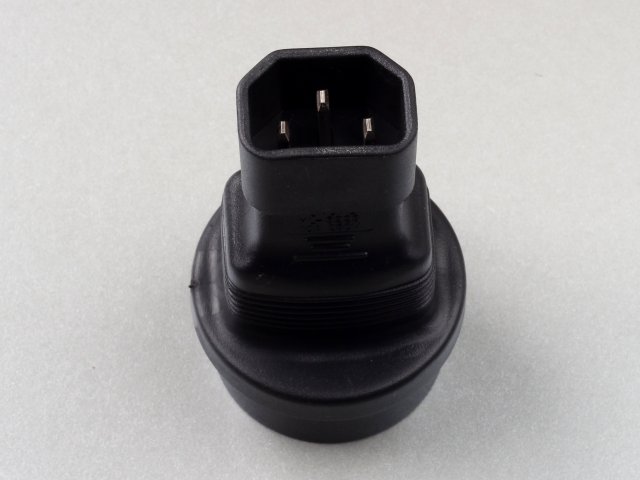 But hold on – what about triple or quadruple outlets? A simple query at Amazon for
USV outlets brings up a lot of new possibilities. 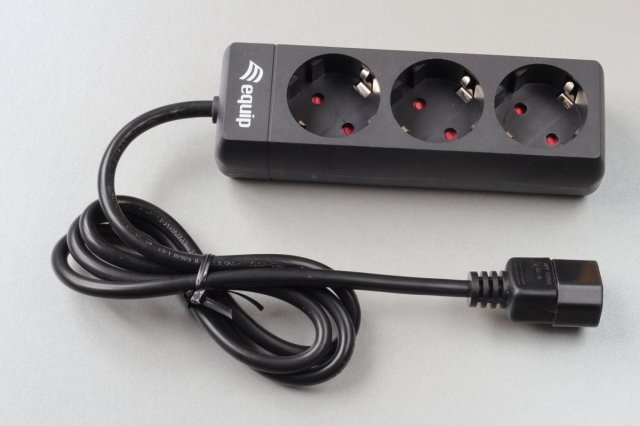 I also found some IEC 603020-1 adapter plug I would not even have dreamed of: 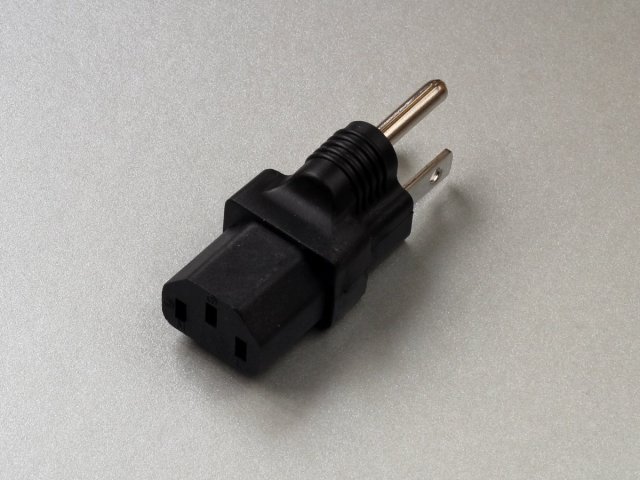 It turns out that this USV stuff is cheaper than any travel plug and definitely more professional than my DIY solution. Also I can now have an adapter anywhere as soon as I get hold of a computer 😉 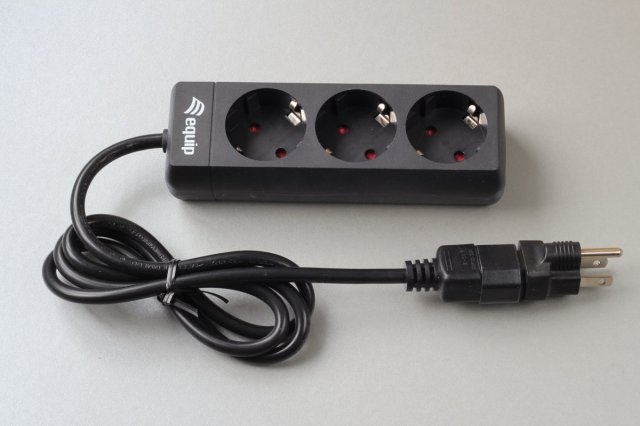 The only drawback of my new universal solution is the slightly increased weight. Still I prefer it a lot to the flimsy adapters I started with. No more wall warts dropping out of the outlets during the night. And of course finally a sufficient number of outlets.

This site uses Akismet to reduce spam. Learn how your comment data is processed.