No matter if you are a beginner or advanced you may want to have a look at the Basic Sketches experiments. The basic sketches investigate what happens if all pins are “high Z“, “pulled up“, “low” and “high“. Unless you know the Arduino in depth there probably will be something interesting to learn for you. 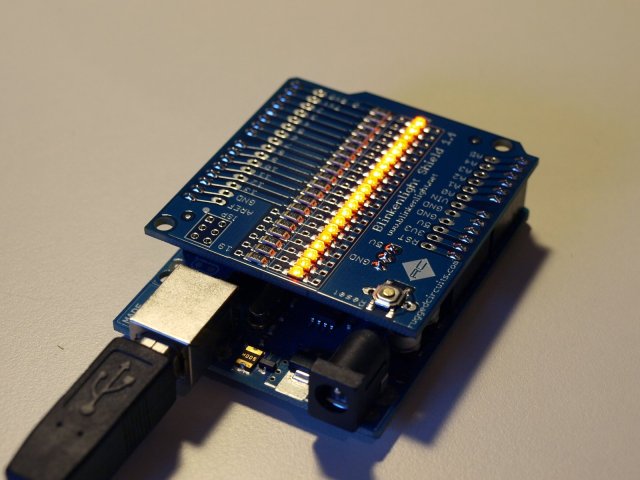 Blinkenlight Shield all LEDs on

If you are interested in visual effects you may want to start with the Basic Effects section. The first effect is a bouncing ball demo. Then there is the well known Larson scanner aka Knight Rider effect. After some more scanning effects I will go into persistence of vision effects.
Although these effects are simple from a technical point of view they already deliver visually stunning results. I then throw in some generator that will directly generate Arduino POV sketches from pictures. The basic effects section is finished with some simple VU meter and a helipad experiment. 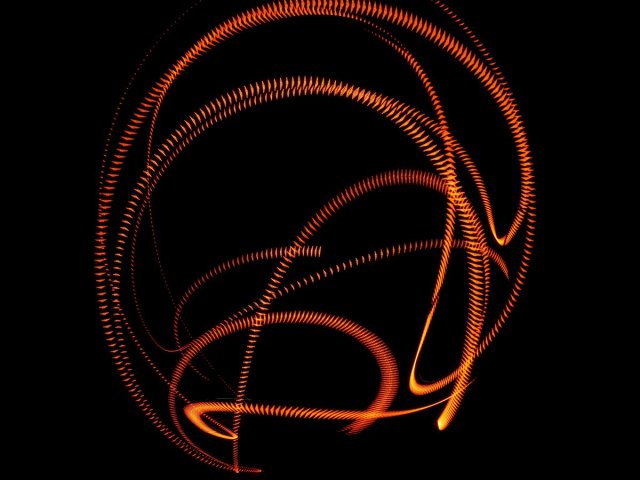 There is an intermezzo sketches that fit nowhere else. They are to investigate one of the most basic aspects of every computer – counting. As it turns out this topic gives some unexpected insights.

In the next set of experiments I will investigate the issue flicker and go on to remove it. There are several different solutions and my experiments are by no means complete. My first solution is to provide a sketch generator written in Python to provide a flicker free version of a glowing bounce. In the next step I get rid of Python by pushing all of the computations into the macro processor and the compiler to achieve a flicker free Knight Rider effect. Just to investigate the limits of this technique I push it one more step further.

If you are more technically inclined then definitely you want to check out the Measurements experiments. The Blinkenlight shield is used to establish a low fidelity camera. Only 20 pixels but think about it for a second — LEDs are supposed to be light emitters. The surprise is not that this is a very good camera but that it detects anything at all.
The shield will also help to investigate Arduino crystal deviations. The unexpected result is that my simple hardware setup can detect crystal deviations. It even works for deviations below 1ppm although this seems quite impossible at first glance. Give it some thought how you would even try with two Arduinos and one Blinkenlight shield before you look up my solution. Actually large deviations are harder to detect but I fix this with an improved setup.
With some cheap externals part I will then push it so far as to use the Blinkenlight shield to monitor the power grid. That is THE electrical power grid. 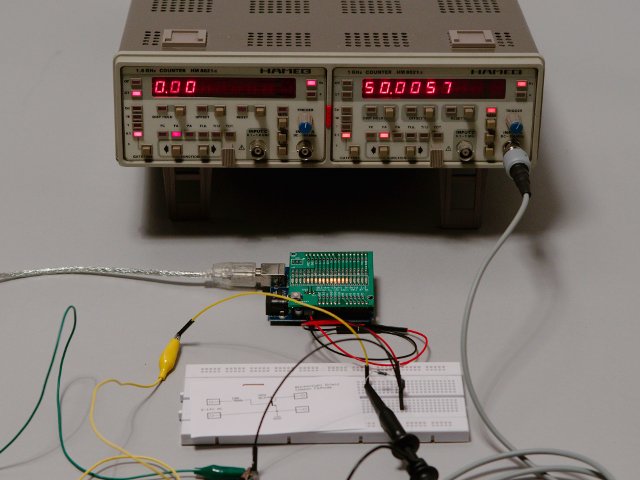 The experiments were designed in succession. So some of them might be slightly easier to follow if you read them “front to back”. However I took some care that most of them can be understood without reading the preceding experiments.

This site uses Akismet to reduce spam. Learn how your comment data is processed.